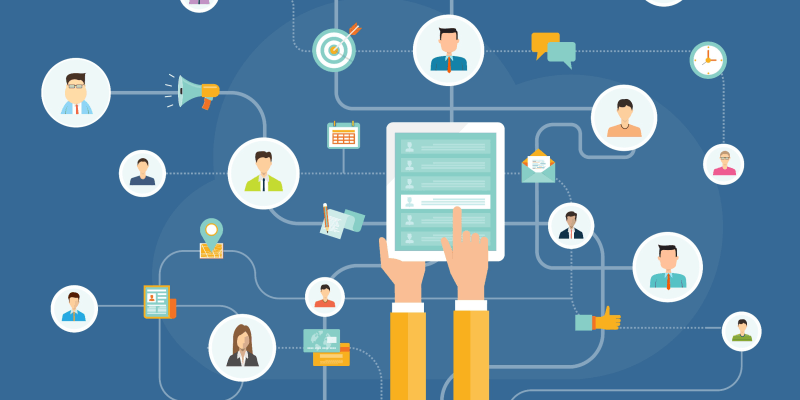 Most employees take communication at home for granted. No longer does one need to have an IT guy come to the house and install expensive equipment in order to easily communicate with the office team. Now, all that’s needed is a device or two and a Wi-Fi connection, and you have all of the communication amenities of a standard office.

In fact, according to a ConnectSolutions study, “80 percent of remote workers reported feeling more connected to their coworkers, particularly when their remote work practices were supported by unified communications.” Technology has given us the ability to communicate across various devices, operating systems, and applications as easily as picking up the phone.

It may sound a little bit counterintuitive, but remote workers are actually more productive than their in-office counterparts. In a recent Global Workplace Analytics survey, 53 percent of remote workers stated they were likely to work overtime, while only 28 percent of their in-office counterparts suggested they would do the same. When a person is working from their home, they are insulated from the daily distractions that take place in an office; they aren’t barraged with impromptu meeting requests, or idle chats from colleagues. Instead they can hone in on the task at hand without interruption.

Also, not everyone is most productive between the hours of 9 to 5. Some members of your team will be night owls, doing their best work long after the sun goes down; other workers will be morning larks, whose productivity comes before the sun rises. But let’s face it, not all workers will view their new found freedom as a way to become more productive. There will be those individuals in your organization who will become less productive. One of the keys, therefore, to a successful remote work organization is the ability to hire the right people.

Real estate is the most obvious way in which a company will save. According an article on Sqwiggle.com, “a study sponsored by collaboration software company PGi showed that by switching to telecommuting full time, a business could save $10,000 per employee per year in real estate costs. Expand that out to a 20-person team, and you’re talking serious spending money.”

However, there are other overhead costs associated with having employees on location.  Line items like office supplies and furniture, janitorial services, and electricity are all reduced. And finally, allowing employees to work from home reduces the amount of call-ins (people who are likely to call in due to illness or inclement weather). Unscheduled absences such as these can cost a business up to $1,800 per employee per year, according to Global Workplace Analytics.

4. Workers avoid the stress of the commute

Let’s face it, long commutes are terrible — I’m not stating anything new. But did you know that long commutes actually make your employees miserable? Swedish researchers discovered that a commute longer than 45 minutes for just one partner in a marriage makes the couple 40 percent more likely to divorce. There’s more. Commuting also has been linked to weight gain, increased stress, loneliness, and quite literally causes a pain in the neck. Happier employees are more productive employees. This is why hiring remote employees can improve your bottom line.

It’s not as if businesses are alone in saving money. Gas prices are going up and the cost of public transportation is also rising. Not only are people becoming depressed by their commute, they’re going broke. According to the ConnectSolutions survey, the average remote worker surveyed said that they save approximately $4,600 per year by working from home – the equivalent of a couple of months in a mortgage payment.

When you hire people who need to commute to work, you’re restricting your accessible talent pool to your geographical area. That said, there is a world of A-plus talent outside of your commuting radius. Run a startup in Tulsa, Oklahoma? Well, by hiring remote workers, you’ll be able to hire software developers in San Francisco and Boston. Also, if you want high quality talent but can’t afford to break the bank, you’ll might find a great full-time engineer in the Philippines willing to work for a fraction of the cost.

Do you know how much it really costs to replace an employee? Estimates indicate that to replace an employee making $50,000 per year will cost your business 20 percent of the salary. And jobs that require high levels of training and education will have even higher turnover costs. With that in mind, companies are using remote work as a perk to retain their top talent. Ninety-five percent of employers say telework has a high impact on employee retention. This comes as no surprise as two-thirds of employees say they would take a new job in order to ease the commute.

Every business owner having issue to start new business to manage office expenses, using remote team it will be neglected.